A family for you

MEET ALL OF US, SCROLL DOWN 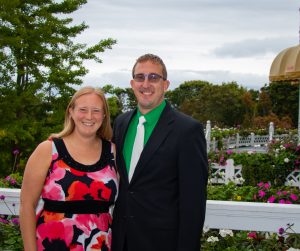 Pastor Andy joined THBC 6 years ago as the Associate Pastor of Student Ministries, before transitioning into the Lead Pastor role on January 1, 2019. He received his Bachelors degree at Baptist Bible College and graduated from Baptist Bible Seminary in 2015 with a Master of Ministry degree. He and his wife Kim were married in October of 2007 and have 3 wonderful children. Both Andy and Kim enjoy hiking and biking together in their free time, as well as reading.  Andy also loves to play basketball and serves as the Varsity Boys Head Coach at Cadillac Heritage Christian School. Pastor Andy’s passion for THBC is to see it become a church driven by a love for God, His Word, and other people. He desires to encourage people, empower them for ministry, and to see them then engage the world and make a difference in their community. 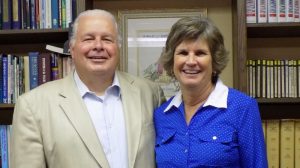 Pastor Jack became the Lead Pastor of THBC in April of 2003 before transitioning to an Associate Pastor of Administration and Congregational Care in January 2019. He has ministered in four churches, with a history of longevity at each church. Pastor Jack received his Bachelor’s degree from Cornerstone University and a Masters of Religious Education from Grand Rapids Theological Seminary. He and his wife Debbiew were married in May of 1975 and they have three grown sons and seven grandchildren. Pastor Jack enjoys watching and participating in sports, especially tennis, biking, and pickle ball. The Millers enjoy being around people and often entertain people in their home.

Free resource for you as we work through a series on prayer and experiencing the power and presence of God through prayer. You can grab them at the welcome center if you didn’t get one Sunday. We’re on day 2 today. ... See MoreSee Less

Share on FacebookShare on TwitterShare on Linked InShare by Email